THE HIP HOP FOUNDATION: FOR THE PEOPLE 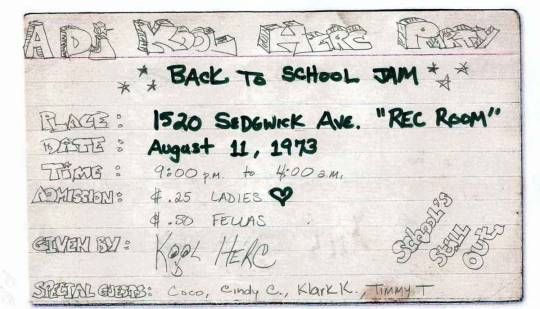 On August 11,1973, DJ Kool Herc played records at the Back to School Jam, thrown by his sister Cindy Campbell, in an effort to help her buy clothes for the upcoming school year. This musical fundraiser, held at a community center on 1520 Sedgwick Avenue in the Bronx, later became known as the birth of Hip Hop.

Exactly 47 years later, on August 11, 2020, in the Spirit of this monumental event, Zakaariyah Hardin (aka T.H.E., the True Hip Hop Entity), put pen to paper and birthed The Hip Hop Foundation. This highly-regarded nonprofit has big plans to help uplift the people.

“The Hip Hop Foundation is a charitable organization that connects with other nonprofits and small businesses in the ‘hood,'' Hardin, co-host of the long-running IIour Show UnCut, revealed. “We create programs, interactive gaming events, concerts, radio and TV shows, & more.

“We have a grassroots promotional style and we bond with surrounding neighborhoods to create music, fun and inspiration through entertainment.”

T.H.E. has been a prominent figure in the Philly Hip Hop scene for nearly two decades. Hardin is a multi-talented brother who has had his hand in numerous aspects of the culture including break dancing, graffiti and as an emcee, among others.

“I host events,” Hardin proclaimed. “I also do promotions and editing at U.T.M Radio with my boy Gunner G’s. I can also get people connected to our connect, MJ's Hip Hop Connex. I also train the next wave of Hip Hop artists (to help them grow in the industry).” 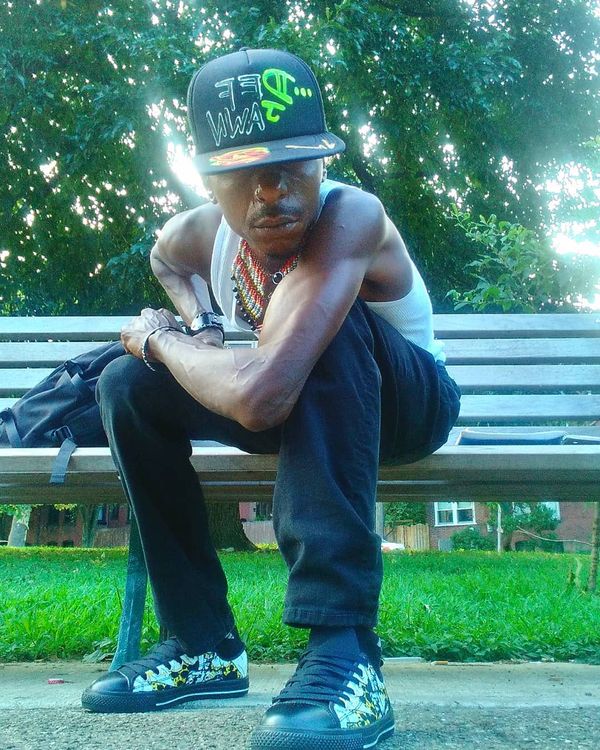 “When I heard ‘The Message,’ I was actually in the projects. I was actually looking at broken glass everywhere. Smelling piss and people don’t care. Roaches in the alley, junkies with baseball bats. I’m watching all of this.”

The True Hip Hop Entity, who was born and raised on the west side of West Philly, fondly recalled what immersed him into the world of Hip Hop. “I can remember the day I said I’m doing this Hip Hop,” he said. “When I heard ‘The Message,’ I was actually in the projects. I was actually looking at broken glass everywhere. Smelling piss and people don’t care. Roaches in the alley, junkies with baseball bats. I’m watching all of this.”

T.H.E gravitated to the burgeoning genre after hearing Melle Mel alchemically transform those now all too familiar and hard-hitting street stories into lyrics and poetry. “Hearing the song I was like ‘Oh snap. Is somebody reading my mind and saying this stuff on the radio?’ Because this is what I’m looking at,” the artist continued. “That’s what inspired me to do it.”

According to T.H.E, who is also a vegan and a cook, one of the Hip Hop Foundation’s goals is to put “the Neighbor back in the ‘hood” through grassroots organization. “We are from the ‘hood.

We don’t just pop up like ‘Peekaboo’. We’re rooted in the community,” Hardin explained. “We bond with the neighborhood. We make sure we work with personal interaction and communication.”

According to T.H.E, the nonprofit connects with other neighborhood nonprofits throughout Philly who are organizing charitable events that help children and the elderly. “I’m going to local businesses who are in the ‘hood who would like to see what we’re all about and get some help or to give some awareness on a topic that you may not have known about,” he said.

Hardin is excited that The Hip Hop Foundation, a 501(c)(3) nonprofit organization, will continue to throw some of your favorite musical extravaganzas. “One specific event that we put on that I always love is Airplay,” he revealed. “Airplay is an event that basically gives an artist a three-pronged route – they get to perform live on air, live on stage, and live on TV.”

Another beneficial aspect of the foundation, according to T.H.E., is that these artists will get an opportunity to shine even brighter because they’ll be able to be seen and heard on multiple levels via its connections to Roku TV and U.T.M. Radio. “It’s really a workshop in helping to make your artistry better,” he added. “We also encourage and show artists how to get royalties through distribution.”

“Just because it’s old school don’t mean it’s classic. We play B side cuts and rugged cuts. When we play ‘Top Billin’ we play the MC Lyte version.” 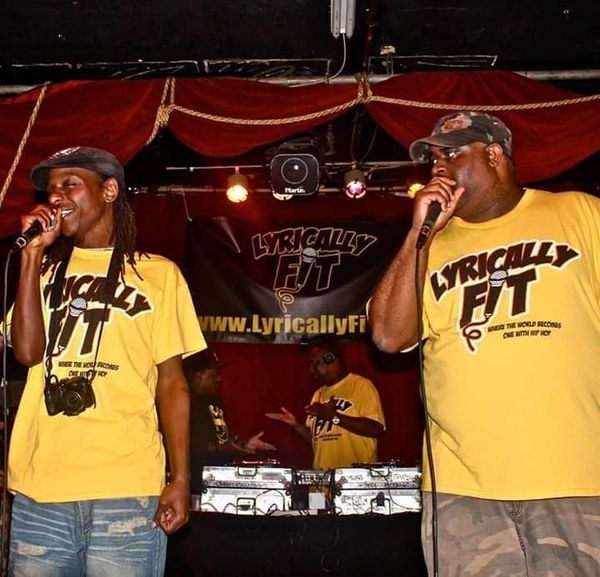 The hard working entrepreneur also stated that the nonprofit is bringing back the ever popular Lyrically Fit, which for years put on showcases in venues located in Philly and New Jersey and New York and even Delaware. “Lyrically Fit has been a long-running event showcasing independent and classic Hip Hop artists brought out by my boy Jay Grady, with me hosting,” said Hardin.

Another exciting development for T.H.E. is that he is now the owner of the Lyrically Fit series. Grady, a respected entrepreneur in his own right, has decided to retire and lounge in the open spaces of South Jersey.

In a hardcore effort to help independent artists get some airplay, the IIour Show UnCut – which has been on air for an astounding 18 years and is now under The Hip Hop Foundation banner –  continues to be co-hosted by T.H.E. and godHead the General. They have co-hosted the show together since 2006 and their mission has always been to unite independent artists with industry artists who they have connected with.

Throughout the years, godHead and T.H.E. have interviewed Hip Hop heavy hitters such as Run DMC, Cee Knowledge from Digable Planets, Brand Nubian, and more. Recently, after a pandemic hiatus, the IIour Show UnCut returned without missing a beat, showcasing special guests including Yo Yo, Cassidy and Billy Danze from MOP.

As for the show’s playlist, the audience gets a chance to listen to songs from up & coming independent artists like Judah Priest, Aul Purpis, and N.W.O. as well as classic old school Hip Hop tracks like “Time 4 Sum Aksion'' by Redman and “Top Billin" by Audio Two. However, said T.H.E., “Just because it’s old school don’t mean it’s classic. We play B side cuts and rugged cuts. When we play ‘Top Billin’ we play the MC Lyte version.” 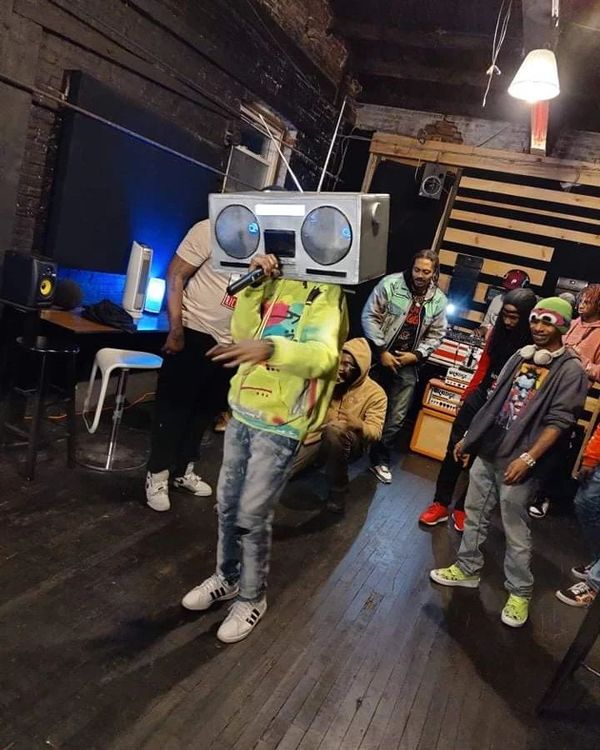 “Our mission is to inspire growth through music and entertainment, when you inspire, you are the true architect of the future.”

The Hip Hop Foundation is ready to embark on a journey that will leave an indelible impact in the community and in the music industry. So what’s in store for the nonprofit?

“Even more doperer artists and even more longrierer running events,” said Hardin, displaying one of his unforgettable T..H.E.-isms. “Because we’re bringing back Lyrically Fit, and you’ll be able to watch it on Roku. You’ll also be able to watch our new TV series called Ill Indie Monday, hosted by godHead and co-hosted by me.”

As a reminder to All, T.H.E. shared one more T.H.E.-ism to describe what goals The Hip Hop Foundation aspires to reach. “Our mission is to inspire growth through music and entertainment,” he declared. “When you inspire, you are the true architect of the future.”